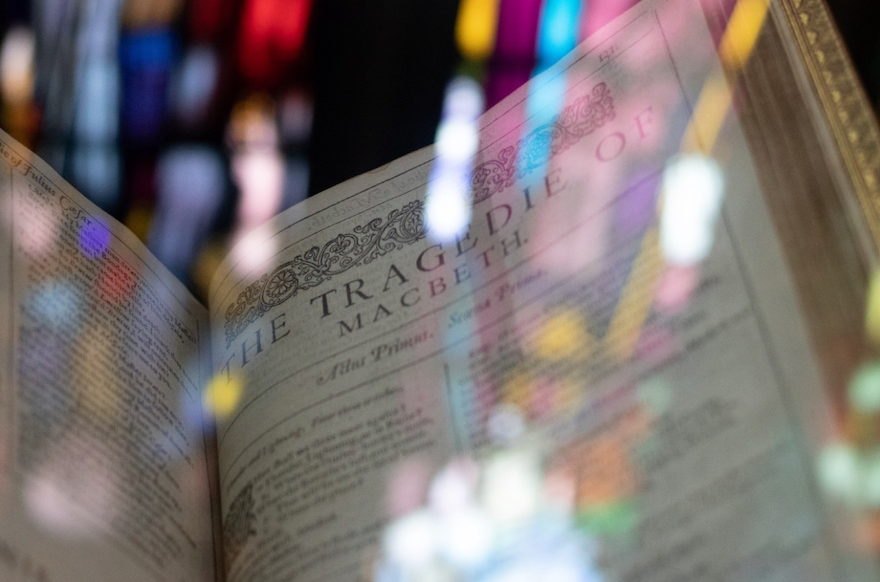 Reading Shakespeare can be intimidating even for adults. Instead of appreciating the depth and elegance of his language, many shy away because it seems too difficult. So how can we skillfully guide students through this most challenging literature? Here are 6 tips to make Shakespeare fun and engaging for your students.

1. TREAT THE PLAYS AS PLAY

“All the world’s a stage, and all the men and women merely players.” — As You Like It

Shakespeare didn’t write abstract philosophical and political arguments. He wrote plays, and plays are just that — for play. Students should know that Shakespeare was the most popular and famous writer of his day, and that he would likely be a famous Hollywood entertainer if he were alive today. Whether it be the sweepingly romantic Romeo and Juliet, the psychologically thrilling Macbeth, the comically fantastic A Midsummer Night’s Dream, or the epically dramatic Hamlet and King Lear, a Shakespeare play is, after all is said and done, an entertainment on the grandest scale of human imagination.

If we put on a lens that transforms Shakespeare plays from daunting to fun and remember to stay entertained as the first order of business, overcoming the difficulty of language becomes a cinch.

2. POSSESS THE LANGUAGE AND BE POSSESSED BY IT

“Purpose is but the slave to memory,

Of violent birth, but poor validity,

Which now, like fruit unripe, sticks on the tree,

But fall unshaken, when they mellow be.” — Hamlet

Language relies on memory and memory can be strengthened like a muscle through practice. By memorizing passages, students come to possess a powerful and elegant language. It is empowering for students to recite Shakespeare, and a worthy challenge to see how far they can stretch their memory. It is not uncommon for people to have passages from Shakespeare locked in their minds ten years after they first recited them. Once enlarged by Shakespeare’s exceptional poetry, our minds acquire a joy of language that continually enriches and rewards.

“Suit the action to the word, the word to the action, with this special observance that you o’erstep not the modesty of nature. For anything so overdone is from the purpose of playing, whose end, both at the first and now, was and is to hold, as ‘twere, the mirror up to nature, to show virtue her own feature, scorn her own image, and the very age and body of the time his form and pressure.” — Hamlet

Who hasn’t dreamt of being a star actor? As Shakespeare shows us through his plays, human personality is often theatrical, even if all of us have “that within which passeth show” (feelings that are often not shown). When performing Shakespeare, students should become “3-D literary critics”, using informal stage acting to interpret internal reflection. Performance based upon careful reading creates kinship with the characters and develops nuanced appreciation for what lies between and behind the words. More importantly, acting out Shakespeare scenes with your students is a lively and fun activity!

“The play’s the thing wherein I’ll catch the conscience of the king.” — Hamlet

Watching actors such as Ian McKellan or Judy Dench brings instant excitement to Shakespearean poetry. Shakespeare’s characters leap off the page and become wondrously alive when played by these great performers. Instead of seeming old-fashioned, Shakespeare’s men and women become exceedingly relevant and modern.

Moreover, when students take in a performance having already read the play, they feel an extra sense of accomplishment at their understanding of the story unfolding on-stage. They become drawn to the community and culture of the 400-year-old tradition of Shakespearean theater, and they begin to associate the words ‘Shakespeare’ and ‘fun’ with each other.

“The fool doth think he is wise, but the wise man knows himself to be a fool.” — As You Like It

Shakespeare is “not for an age, but for all time”, as his friend Ben Jonson quipped. Many scholars consider Shakespeare’s plays to be the most important artistic accomplishment of Western Civilization. When I read and teach Shakespeare, I remind my students that we are journeying into the rarest mind of discernment. They should read his work with a level of awe, as his art constitutes known limits of human literary comprehension.

I have one important rule when we read the Bard: Never Condescend to Shakespeare. By remaining aware of the astounding quality of genius that we encounter, students become accustomed to digging deeper for meaning. The more one searches in good faith, the more one generates insights. These insights, not spoon-fed but self-authored, become rooted powerfully in the deep parts of the mind. They generate fresh revelations and allow students to continue on a journey to the outermost ends of poetry.

“So quick bright things come to confusion” — Romeo and Juliet

I find it best not to emphasize lengthy vocabulary lists, intimidating passage analysis, punishing reading quizzes, or painstaking paper requirements. Practices of cold discipline may win the battle but lose the war by imparting the impression that Shakespeare’s plays are boring and tedious, rather than elevated marks of human expression that contain elements of fun.

I provide close “social-scaffolding” for my students: reading patiently with them, explaining carefully whenever they are confused, meeting them wherever their understanding lies, and using versions of the play that provide modern translations for when the going gets tough. My goal with any student encountering Shakespeare is to forge a lifetime lover of literature. Thus, I find it best to de-emphasize any drudgery and harp upon the moments of surpassing wit, probing pathos, and soul-lifting illumination. At its best, education is indistinguishable from play, and the richest form of verbal play is to leap with confident exuberance into the marvels of transcendent literature.